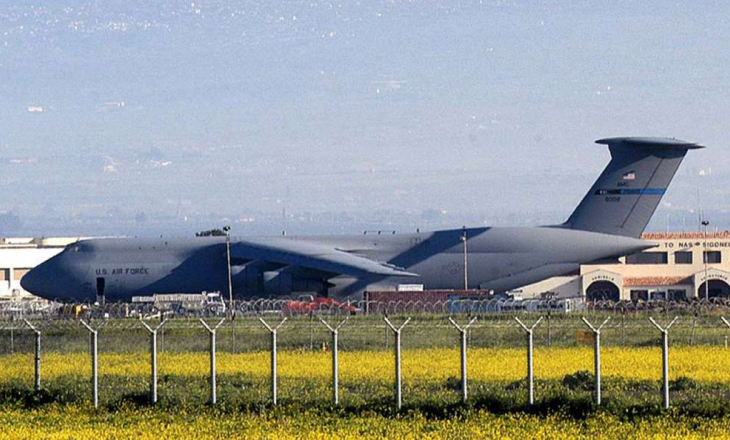 In Aug., as transport planes carrying evacuees fleeing Taliban-controlled Kabul, the capital of Afghanistan, began arriving at Naval Air Station Sigonella on the island of Sicily, the local USO team and a legion of volunteers responded to a moment that became historic. They had no playbook, no standard operating procedures in place to address the crescendo of need at seemingly all hours of the day, for days on end.

For the military to turn to the USO in that moment of need, said Sabrina Pullido, area director for USO Italy, “It was a chain reaction on all fronts – boots on the ground, leadership, and our partners such as the Gary Sinise Foundation – everybody was ready to step in.”

Established in 2016, USO Sigonella, like USO centers elsewhere around the world, hosts monthly events and activities for service members and their families – including free meals provided once a week to the military.

But throughout the latter end of Aug. and into Sept., “We went from feeding the troops once a week to three times a day, and restocking refueling stations throughout the base,” said Chanel Olan, program and volunteer coordinator at USO Sigonella. Refueling stations stocked with cold water, coffee, and snacks were positioned around the base.

Olan estimates that over three days in Aug., the USO, using funding from the Gary Sinise Foundation, served meals to 2,747 service members.

For weeks, NAS Sigonella operated under an all-hands-on-deck atmosphere. The intensity was palpable: each day’s shift bled into the next, extending with each evacuation flight coming and going. Days weren’t just long; they were hot with temperatures near triple digits. And yet, not far from the minds of many service members, was the tumultuous end to the 20-year war in Afghanistan – reason why hot meals became “chicken soup for the soul,” said Misty Bellotte, regional operations manager at USO Europe.

Bellotte helped coordinate the USO’s response at Ramstein Air Base in Germany at the outset of Operation Allies Refuge. At Sigonella, she saw how meals delivered to military personnel became an unexpected lever to improving the troops’ morale and mental health. Respite from the day’s stressors. 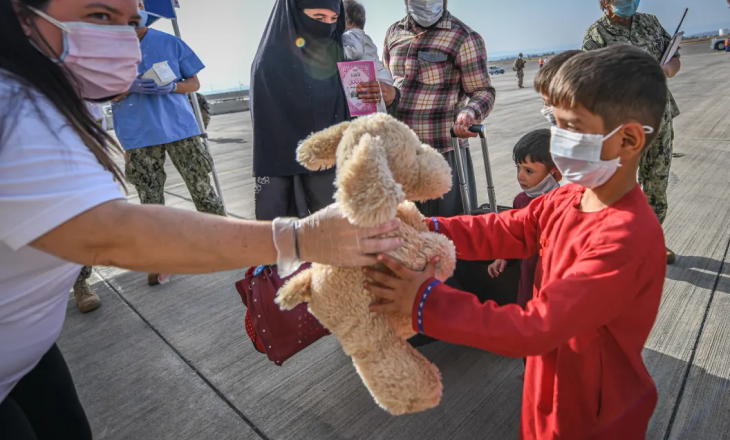 NAS Sigonella is home to 5,500 service members, U.S. government, and local national employees and dependents, according to the Navy. The 62-year-old base near the Mediterranean is the service’s only overseas air station and is used jointly by the Italian Air Force. As evacuees poured in and the base’s population ballooned, additional forces from the Army, Air Force, and Marine Corps began arriving. It fell to the USO to feed the weary bodies.

“Basically, for us, the biggest directive was: we’re tired; we’re hungry; we’re thirsty; what can you guys give us to help us alleviate these things?” explained Colt Teuscher, center manager at USO Sigonella.

Flights began arriving at NAS Sigonella on Aug. 22, according to the Navy. The first flight arrived with 662 evacuees on board. Since then, the base experienced daily military and chartered flight arrivals – some on schedule, some delayed, many with hundreds of people on board, others with as little as fifty. On Sept. 2 alone, NAS Sigonella processed over 2,500 evacuees. More than 20 flights have since arrived at the base carrying well over 4,000 evacuees, the Navy said.

The all-hands-on-deck frenzy became the rallying message for the USO as it drew from its volunteer ranks, including military spouses and the community, for immediate help.

Emails blitzed into volunteers’ inboxes; text messages were sent in earnest. And to protect the sensitivity and security surrounding the evacuation flights and their occupants, volunteer opportunities posted to Facebook were cloaked in boilerplate language. Overnight the USO went from managing about sixty volunteers, Olan said, to a hundred and seventy-five. Like the historic circumstances playing out at Sigonella and other American military bases in Europe, the rush of volunteers’ support was unprecedented.

Today, NAS Sigonella has returned to some normalcy with a significant drop in evacuation flights arriving and departing each day. Teuscher estimates a hundred or so Afghans await the final leg of their journey to the United States.

For USO Sigonella, the past few weeks have felt like working inside a whirlwind. Only now are Olan, Teuscher, and Trinity Cornell seeing the aftermath of their labor – and deserved recognition of their mission.

“So many more familiar faces are coming through the center every day because they are just so grateful for everything that we’ve done,” Cornell said. “It’s so great to have been able to form this relationship with our service members that I don’t think we could’ve reached them any other way.”

A heartfelt farewell to a galvanizing philanthropist and friend, Allan Slaight 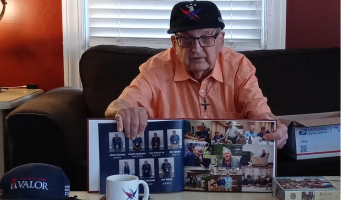 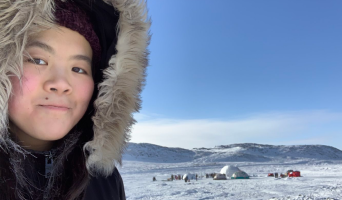 What youth can do to fight climate change