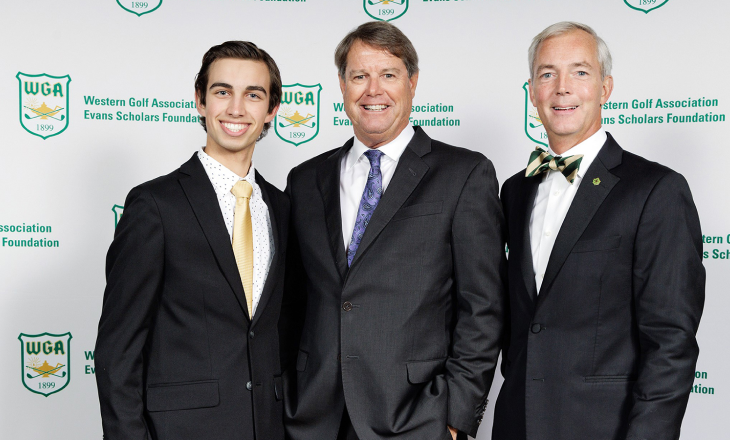 Glenview, Ill. – The Western Golf Association (WGA) hosted its 10th annual Green Coat Gala on Friday, Nov. 5, at The Peninsula Chicago, raising more than $850,000 – a record for the event – to help send deserving caddies to college through the Evans Scholars Foundation (ESF).

Nearly 200 Program supporters attended the black-tie affair, and many more tuned in to the virtual livestream to watch a program that featured special guest Paul Azinger, a major champion and lead golf analyst for NBC and Golf Channel. All proceeds benefit the ESF, a nonprofit overseen by the WGA, which provides full college tuition and housing scholarships to caddies.

During the Gala, emcee and veteran NBC and Golf Channel commentator Mark Rolfing held a fireside chat with Azinger, where they touched on topics including Azinger’s comeback after cancer, his experience as a Ryder Cup player and captain and how the role of caddies has evolved in professional golf.

Guests also heard from Cale Kubisiak, the event’s featured Evans Scholar speaker. A sophomore studying mechanical engineering at the University of Wisconsin, Kubisiak caddied at Sand Valley Golf Resort in Nekoosa, Wisconsin. He shared the story of how golf and the Evans Scholarship played a crucial role during the most challenging period of his life. Kubisiak had just begun his freshman year when a trip to a walk-in clinic revealed a mass in his chest. After being diagnosed with Hodgkin’s lymphoma, Kubisiak leaned on golf and his caddying family to battle though months of treatment.

Now in complete remission, he reflected on his journey: “I am so thankful for the game of golf and all it has given me,” he said. “As a kid, it was a way to pass the time. As a caddie, it gave me confidence and a work ethic – and most importantly – a chance to go to college. As a cancer patient, my days on the course helped me heal during treatments. It is an incredible blessing to be a college student right now and an honor to be an Evans Scholar.”

Other notable speakers at the Green Coat Gala have included Jack Nicklaus, Tom Watson and Gary Player. The funds raised from the 2021 event will help send caddies to college at a time when a record number of applicants are applying for the Evans Scholarship. The Evans Scholars Program is expanding from coast to coast, and there are currently a record 1,070 Evans Scholars in school at 21 leading universities across the country.

“The work we are doing to change the lives of bright, young caddies is more important than ever,” said WGA chairman Kevin Buggy. “Because of the dedication of our generous supporters, the record-breaking success of this year’s event will help ensure that more deserving caddies like Cale will be supported throughout their college careers and beyond.” 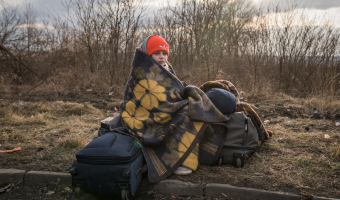 Displaced by conflict in Ukraine 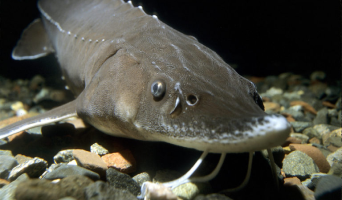 5 Questions with the Tobin-Krofchick Family